Scroll down to explore
June 2, 2020 By Orlena Nwokah Blanchard

Juneteenth is a holiday that most Americans have likely never heard of until now. It definitely was not mentioned in the US history textbook I read back in high school in the late 1980s. Thank goodness for my Black experience in America that has ‘schooled’ me through other means. Contrary to what some may think, Juneteenth is not the anniversary of the signing of the emancipation proclamation, which freed all slaves in January 1863, but is the commemoration of that proclamation being fully enforced. It wasn’t until June 19 1865 when union soldiers reached Texas, the most remote of confederate states, to extend freedom to all.

It pains me to think how little America has acknowledged, let alone celebrated, the significance of this date. Segregation, economic fluctuations, and “Blacklash” curtailed celebration for generations, until state legislative efforts in the 80s and 90s, helped change that somewhat (“somewhat” being generous). This is why, this new spotlight on June 19, in the wake of an amplified cry for social justice, is so worthy. Juneteenth, otherwise known as Freedom Day, is symbolic of the freedom we, as Black people in America, are still fighting for. Freedom from the bondage and oppression that is foundational to America’s racialized existence. Freedom from the institutions that perpetuate and sustain a belief that Black lives only matter in theory, not in practice.

Juneteenth 2020 is a rebirth of sorts. It is an opportunity for all Americans to reconsider their understanding of history through an unfiltered lens, at a time when hearts and minds have been forcefully broken open. Time to face the details of a sordid past inadequately captured in classrooms. Time to accept African-American history as America’s story. Do your homework and you will discover pain and beauty equally unparalleled. The spectrum ranges from an economic model of violently enforced free labor sustained through a privatized prison system to the magnificence of the Harlem renaissance, the profound words of James Baldwin, the brilliance of Dr. Charles Drew, the unapologetic audacity of Elaine Brown, and the triumph of The CROWN Act.

We are a nation coming to terms with the reality of who we are versus who we aspire to be. Our path to progress must be grounded in redemption and reconciliation, inspired by understanding. So this Friday, June 19, let’s work on understanding more about how our past and present can inform our future. At least we can start there. 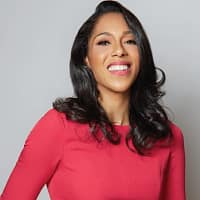